NOTE:  The following header line was incorrect and subsequently corrected by BCO-DMO
! sample_no==-999 were collected with NASA's surface peristaltic pump
----

Water samples are filtered through 2.5 cm pre-combusted Whatman GFF filters using an all-glass filtering funnel. Once enough material has been accumulated on the filter the samples are stored in Nalgene 1.8 mL cryovials at -80°C until analysis. For shipping, samples are stored in liquid nitrogen dry-shippers. Prior to analysis samples are thawed and dried overnight at 65°C inside the uncapped cryovials. Dry samples in the uncapped vials are transferred overnight to a desiccator saturated with HCl fumes to remove particulate inorganic carbon present in the sample. The air in the desiccator is kept saturated by leaving concentrated HCl in an open container in the lower compartment of the desiccator. Acid–treated samples are transferred back to a 65°C oven overnight, after which can be stored capped in cryovials for extended periods prior to analysis in elemental analyzer.

For analysis the samples are wrapped in tin foil discs (PE N241-1363) and pelletized on a Parr Pellet press.

The samples are analyzed in the Perkin Elmer CHNS/O Analyzer 2400 Series II. The manufacturer’s data management software for the elemental analyzer is set up so that the analysis report includes the zero read (ZR), and the carbon and nitrogen signals (CS, NS) from the instrument for each analyzed sample.

Data are averages of samples replicates, the number of which is indicated as a data column. Standard deviation of replicates is included as a data column as well. Data has been visually QA/QC. Samples runs results are compared against NIST 'Buffalo River sediment' reference material and Perkin Elmer Acetanylide runs.

BCO-DMO Processing Notes:
- Parameter header names were renamed to BCO-DMO convention
- Edited blank data fields and data reported as -999 to 'nd'
- Edited time to remove colons and drop unused seconds
- Edited precision of lat/lon to four decimals.
- Edited precision of POC, PON, PON_sd and POC_sd to one decimal.
- Removed the following header information from the file. Where necessary the information was incorporated into BCO-DMO metadata fields and retained entirely as 'additional information':

NOTE: The value -999 in the original file "sample" parameter, was used represent samples taken with a surface pump. This value was set by the PI, to indicate NASA's pump. However, correspondence with the PI on 2013.01.12, has corrected header note regarding sample numbers.

Therefore, the comment retained in the header has been edited to the following text, as per the PI, and sample numbers of -999 have been changed to 'nd' and additional metadata in the sample number parameter indicates that samples wtih GEOTRACES numbers had corresponding pigment samples taken, those with 'nd' did not:

A standardized BCO-DMO method (called “join”) was then used to merge the missing parameters to each US GEOTRACES dataset, most often by matching on sample_GEOTRC or on some unique combination of other parameters. 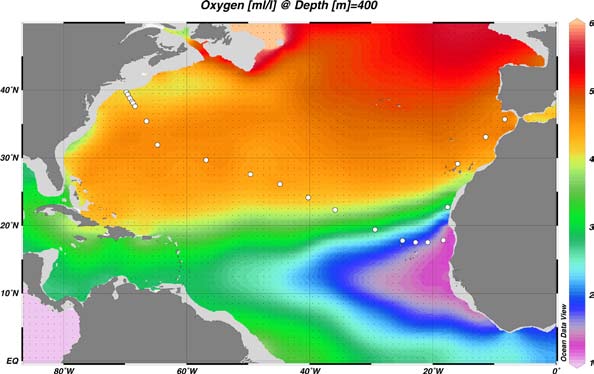 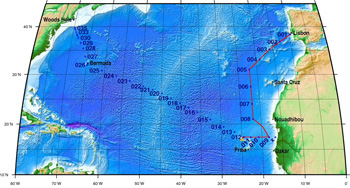 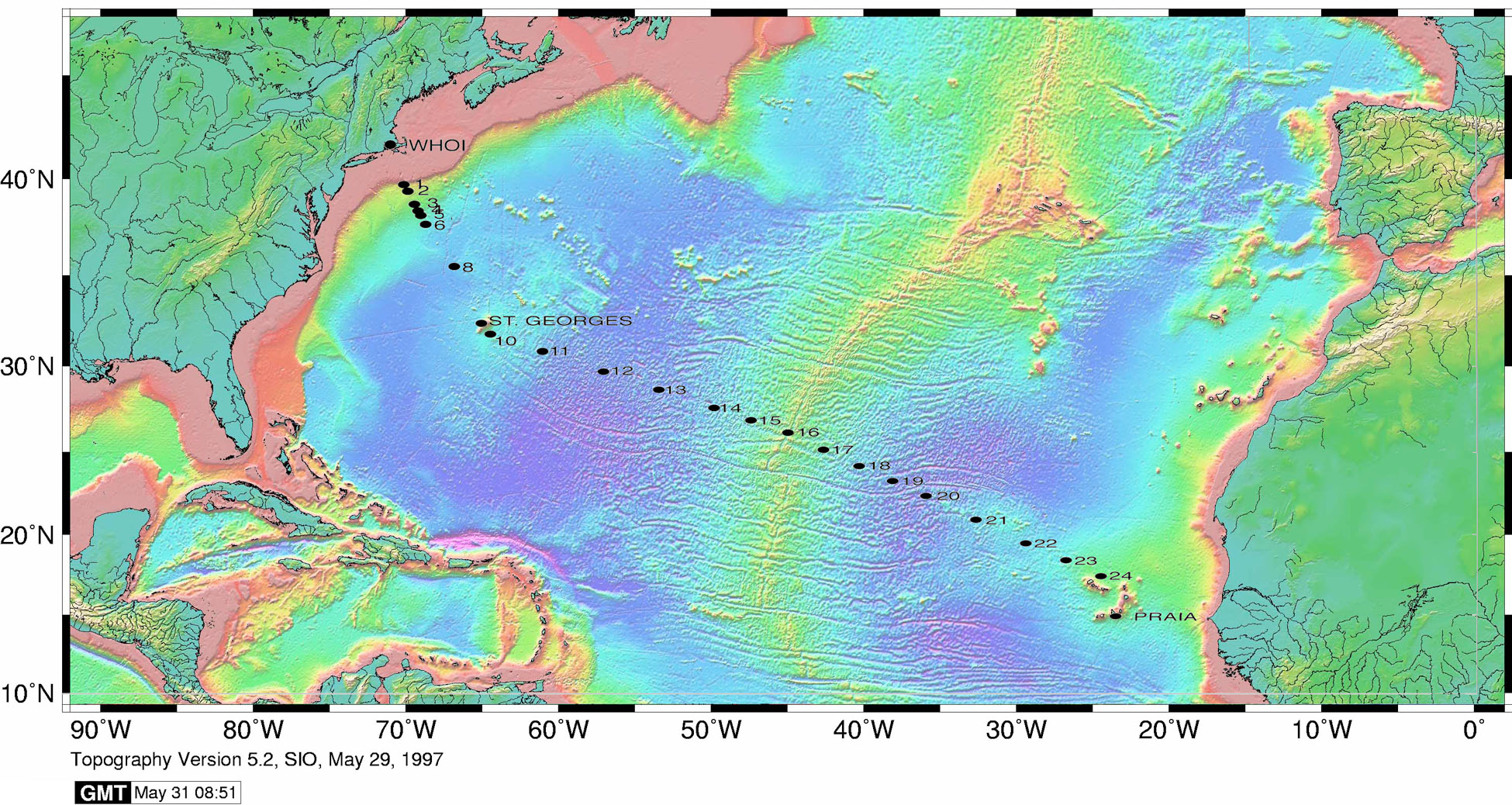